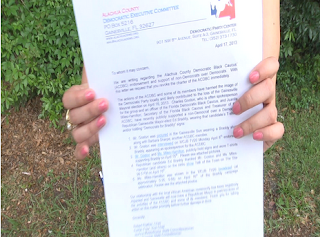 
Charles Goston with the Black Caucus says they supported candidates policies not parties in this non-partisan race. "African americans in Alachua county were going to respond in time, they have given us nothing so they can't expect anything back from us. When they get ready to respect the African American votes than they can get the same thing back from us," Goston said.