An Infidel and an Odyssey Part 5

After helping get a few batches of new shooters going, it seemed like I wound up being the group's designated range safety guy every time we went shooting.  I got to thinking about that and decided to take the NRA Range Safety Officer course.

Everybody on the road knows everything there is to know about driving safely.   I know they do because they will tell you so right after they run into the back of your car at a stop light.  My thinking was something along the lines of "what if I'm really as stupid as half the drivers on the road and I'm teaching these people wrong.?"   I didn't think I was but I thought it couldn't hurt to take the class just in case.   Since Aunt Clickity, The Elfen Niece and the rest of the bunch were looking to me for instruction, it just seemed that I owed it to them to be officially recognized as having a clue.

The good people at Harry Beckwith's had the RSO class on their schedule so that's where I went.   It was a small group -  maybe ten or so students.    Only two of us were guys.

The class was good.   I can't say that I learned anything new about safely handling firearms but I did learn a lot about range operating procedures.

We always have a little range safety briefing before we shoot and the class says you should do that so that made me feel good.  The class covered it in a lot more detail than I have ever done so that's an area where I definitely learned something. 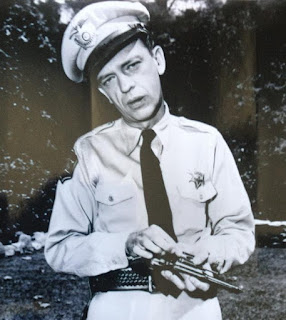 The one thing that seemed odd about the class was that it was so different from the internet.   They said we were supposed to make sure everyone was safe and that we should try to help make shooting fun.   There wasn't a single page in the manual about policing the internet, making believe you are so stupid that you see a picture of a girl with a gun and think the picture was posted to demonstrate gun safety or even making believe you are too stupid to understand sarcasm.   Seriously.  I say it was odd but it was odd in a really nice way.

You can despise the NRA if you want but I'd recommend the RSO class to any shooter.

In order to avoid always having to RSO for the group and never getting to do any shooting of my own, I joined the local range a few weeks after taking the class.   I'm not doing any RSO-ing there but, once I get some hands-on experience, I would work that into my schedule if they need me.

The local range has a mandatory safety briefing for all new members and it was kind of a combination of the NRA Basic Pistol and the NRA Range Safety Officer courses.  I had to sit through six hours of that "briefing" and then demonstrate that I had paid attention and that I can hit the target before they would give me my membership card. I didn't mind.   I can go shooting by myself and actually get to shoot now.

After the briefing, I was able to sight in The Elfen Niece's Ruger 44 Carbine for part 6 or 7 of this little saga.  (If Archibald Rutledge can call a girl "Elfen" without it being weird, I can too).

She is a shooter and is becoming a hunter (ress?).

This odyssey keeps getting better and better.

And before anybody goes off on ol' Barn, how do you know the muzzle isn't pointed down range?  Maybe he just turned to his right and is keeping the muzzle pointed in a safe direction. 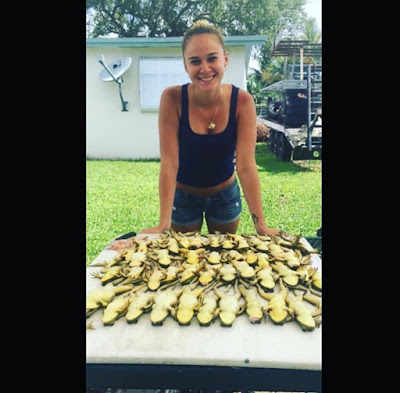 From Girls of the Marsh Do It Better, (a Facebook Page).