The Mule Just Doesn't Get It


This has more detail than what I heard on any talk show yesterday:

The link is to Sipsey Street Irregulars.  The story is out at several other places as well.


Of course, the regressives will still shout that there has never been a single instance of a good person with a gun saving lives.  Besides, we are supposed to be worshiping  "heroes" like Bruce Jenner or the teen thug of the month or something.

Thank God America still has some real heroes.
Posted by Lantry at 6:02 AM No comments:

Posted by Lantry at 5:56 AM No comments:

I Don't Think I'll Be Hunting in the Forest This Year 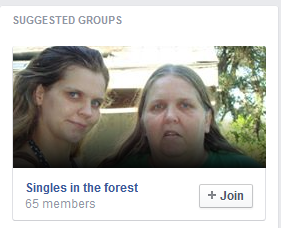 I'll head to the swamp, thank you!

Posted by Lantry at 7:46 PM No comments:

President Chester A. Arthur's shotgun will be at RIAC's 2015 September Premiere Firearms Auction. Many more photos to come of this magnificent shotgun, but if you look closely in this one, you can see his surname repeated over and over again in the Damascus pattern of the barrels.

Posted by Lantry at 4:15 PM No comments:

When a String Tied to a Door Knob Isn't Enough 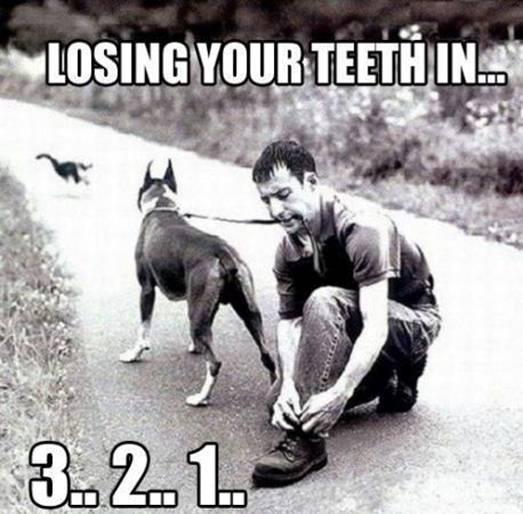 Posted by Lantry at 6:35 PM No comments: 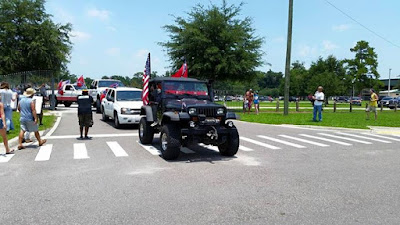 Shots fired from a community next to Southeastern Livestock Pavilion. OPD has confirmed two different caliber weapons. Several black males threatened to kill every white person at the Florida Southern Pride Ride parade. One woman was screaming, "Ya ' ll cops don't care about black people." No injuries reported. Police evacuated the Pavilion after threats were made. The shots were fired after the parade had started. Ocala Post is on the scene.

Posted by Lantry at 4:10 PM No comments: 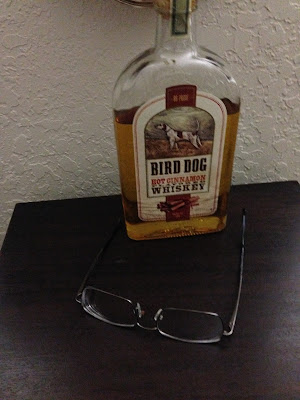 In my line of work, I look at a lot of houses and meet a lot of people. Occasionally some are memorable.

More than once, I've been followed around a house by a bunch of kids that just seemed to want to be around someone besides their family.   I use a 100 foot tape measure and I used to carry it in a kind of leather holster. Once, a little boy, no more than five years old, lifted it out of the holster while I was talking to his mother. She said not to mind the boy “'cause he do that ever time the po-leece come.”

Then there was the hot mortgage broker that had a back yard absolutely overgrown with azaleas. She invited me back to dig some up. When I showed up with The Lovely Bride to help me, she was livid. Said they're in the back yard and slammed the door. I mentioned that to one of her coworkers and he suggested that I might not have fully comprehended why she invited me back. It seems she was known for giving away more than the azaleas when her husband wasn't home.

Then there was the charming young mother with two perfect kids living what appeared to be a story book life in a beautiful house in the Country Club. She wouldn't really have been that memorable except that she hung herself in her garage about a year later.

Who could forget the quad where the manager just kept using his pass key to let us in without even knocking? I kept telling him that he was going to get us shot and he kept saying that he had sent letters to all the tenants about the inspection so they all knew we were coming.   He opens the last unit and there's a scream from a girl frantically trying to put on a bath robe while she retreats into the bedroom. Yes, the idiot had notified the tenants but the tenant forgot to tell his guest. Thank goodness she wasn't armed. I wouldn't have blamed her if she had shot the both of us.

The one that's always struck me as particularly bizarre was just a high school kid. I was inspecting a house and had the owners following me around pointing out all the features. I always ask whether there are any rooms where someone might be sleeping or if someone might be just getting out of the shower. They assured me that it was fine to just barge into any of the rooms. I opened the bedroom door at the end of the hall and there was a really pretty high school girl in blue jeans and a sweatshirt sitting on the floor doing her homework. I said “Oh Hi” and apologized for disturbing her. I told her that I just needed to peek into the room to make sure it was as nice as the rest of the house. She said “no problem” and I went downstairs to start measuring the outside of the house.

With the owners still in tow showing me all the features (this porch light is brushed nickle. It makes our house worth more than a place with a brass one...), I hook the tape measure to one corner and start across the front of the house. As I get to the front door, it pops open and I'm standing nose to nose with girl from upstairs. Only now, instead of jeans and a sweatshirt, she's wearing what looks like a silk kimono and heels. She's not even Japanese.

She asks if she can help me measure the house.  I was between thirty-five and forty years old at the time. My little brain was saying “Dude, this is how Penthouse Letters start.” My big brain was saying “wow, the psychology in this house must be horrendous.” Besides that, she was just a kid, her parents were there and I was pretty sure The Lovely Bride would take a dim view of anything other than strict professionalism on my part.

I had to answer her question and “Sure” seemed safe enough so we chatted and measured until I couldn't think of anything else about the house that needed measuring.   I left wondering just what in the hell that was all about.

I still refer to that one as my “near-sex experience.”

So fast forward about eighteen years and I'm going out into the middle of nowhere, across the river from Hog Valley (really) to inspect a house that I have done a couple of times before. The couple is retired and they live on a small lake. I get there and the old man shuffles out the door and starts mumbling about all the features that I have seen twice before. He tells me to go on in and I say “after you.” He gets inside and tells his wife that I'm there and I hear her say that she isn't dressed yet.

Seems odd. The man just walked out that same door to greet me and that didn't suggest to her that it was time to get dressed?  She wasn't dressed when he walked out and he just told me to go on in ahead of him? I didn't get there early or anything but retired folks sometimes don't pay much attention to time so I figured that was it.

Pretty soon I'm cleared to start looking the house over and she comes out into the kitchen wearing a (thank God) one piece bathing suit. Ok. They have a pool but why did she “get dressed” by putting on a bathing suit? The pool still has a cover on it so she wasn't in the pool.

By then I was remembering things I read in The Gift of Fear and she must have read my mind because she started talking about being a naturist. 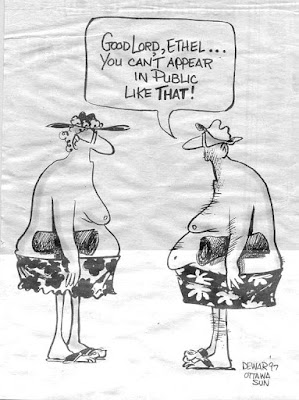 She wants to know how old I am. Says I've lost some hair since I was there the last time bla bla bla. She gives me the tour, showing me all the features the house has just like everybody else but when we get outside and talk about whether her house is in a flood zone, she starts in on how the City of St. Augustine is sinking into the ocean, (I can't even find anybody on the internet that thinks so), we have to start paying attention to global warming, conservatives have no ideas, they just hate Obama, there's no such thing as black on white crime and do I know about Rosewood???? !!!!

I allowed as how I knew a little more about Rosewood than most but she didn't let me finish. (I'm sure you can find the authorized version of what happened there if you Google “Rosewood Florida”).

Then it was on to her friend who is a holocaust survivor and had just recently gone insane and turned arch-conservative. He's posting all kinds of horrible conservative stuff on line and she can't reason with him. She is just aghast that someone who lived through the holocaust could be conservative. I started to suggest that perhaps his experience was more telling than her theory but she switched to telling me about how much each house in the neighborhood sold for during the real estate boom eight or nine years ago so I didn't get to say that either.  The old bolshevik turns capitalist when it comes to her own house.

By the time I got backed around to the other side of the house to get back to my car she was telling me how much more her house is worth because it has two orange trees and some wisteria. When I actually make it to the car, she says she'd like me to come back when I'm not working.

It hit me before I got the engine cranked.

A couple of weeks later I went to get new glasses. Picked out a few new frames and asked the thirty-ish girl at the counter whether I should go with black or gunmetal.

She says “Gunmetal” and that makes me happy. Then I ask her if she thinks the rectangular frames look better than the ones that have slightly more rounded lenses. I'm thinking “Tom Sellak wears round ones in Blue Bloods.” 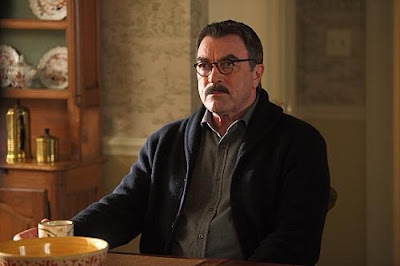 She says “Definitely the rectangular ones. The rounder frames make you look old.”

So, all it will take to put me over the line is a different pair of glasses.

Posted by Lantry at 7:01 PM No comments: