By now, anybody that might stumble onto this particular blog has to be aware of using rock tumblers and stainless steel pins to clean brass.  This post offers a twist on the practice that will make the idea more affordable.

A few years ago, a shooting buddy gave me about five gallons of mixed brass that had been sitting on his porch for several years.  The stuff was nasty.  A lot of it had big green splotches of crud.   It included range brass so there was sand in it too.

My regular Dillon vibratory cleaner couldn't get it clean, much less shiny.  I kept thinking that I'd get a small rock tumbler from Horrible Freight and try the stainless steel pin thing that I had been reading about but the cost kept that idea on the back burner until I asked myself why the pins had to be stainless steel.   Other than rusting, why wouldn't some plain old small nails work?

So I bought the two drum tumbler.   With the 20% off coupon (there's always a coupon or a sale on them) and a one pound box of 3 penny finishing nails I had less than fifty bucks in the whole setup out the door.  I did a test run of fifty 45 ACP cases.

The brass was too nasty to run into a die so I deprimed them all by hand.  I suppose a universal decapping die would have worked too but I went with what I had since the idea was to do this as cheaply as possible.  You have to take the primers out so the primer pockets will get clean and you don't want spent primers getting wet and corroding themselves in the primer pockets.  They are the devil to take out when that happens.

With the brass in the drum, I gave it one squirt of Dawn dish washing liquid and a dash of Lemishine which is something that you put in a dishwasher to stop water spots.   Everything I had read said to use it and there was some under the sink so what the heck.  I put in a small handful of the nails, maybe 1/3 of a pound, and ran it for a couple of hours. The cases came out looking so shiny it startled me.

Next I increased the quantity to seventy-five cases in each drum and they came out just as clean.

This is a batch of the brass before and after tumbling.  Its the same brass in both pictures. 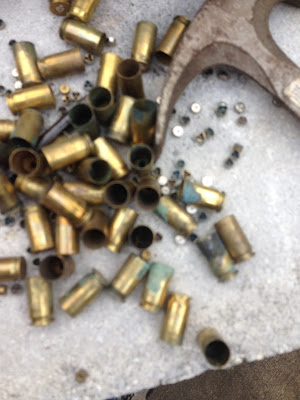 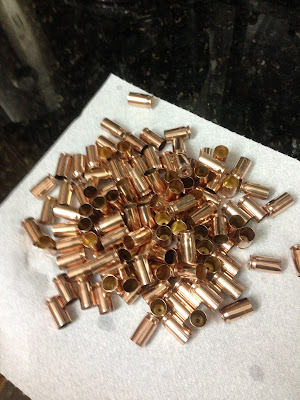 A box of stainless steel pins is fifty bucks at the local Gooseburg and my pound of nails was just over three bucks.  Gooseburg's starter kit is $200.  I have less than $50 in this setup including tax.   The Gooseburg kit will do a lot more brass at one time but this isn't something I expect to do every time I shoot.  Its just for unusually nasty brass.   I do two drums a day and will continue to do so until I have cleaned all the brass in the bucket.  I won't have to do it again for a while.  The drum on the Gooseburg kit is a lot larger than the drums on the Horrible Freight machine.  It will do rifle brass.  I have yet to experiment on rifle cases and they may not work as well in my setup.  Certainly I'll have to do them in very small batches.

One other thing that's worthy of note is that the nails don't really rust much.   I pile them on a paper towel and let the pile air dry when I dry the cleaned brass and they hardly have any rust on them at all the next day.

None of the candidates is perfect.  Right now I am leaning toward Cruz but I will say this about Trump and tonight's debate:

With all the talk about Trump walking out on the debate, I haven't seen anybody mention that Reagan walked out on Gorbachev at the Reykjavik Summit.   Its something that negotiators do when they are in a position of strength and the other side isn't there to deal in good faith.  In this case, Fox News was more his  enemy than any of the other candidates.

What I have seen is the other candidates and their supporters taking cheap shots at Trump about it like a bunch of Junior High School kids.  Rick Perry really sounded catty and childish on Hannity's radio show yesterday.  Sounded like he was desperate to keep people from realizing that Trump isn't going to just roll over and pee on himself like a dog when the media is dishonest.

Cruz, Trump or Carson.   None of them is perfect but I could vote for any of them without hating myself before I went into the voting booth.  I'd like to see them be the top three in Iowa.   Not necessarily in that order either.
Posted by Lantry at 6:21 AM No comments:

Damn they're getting more aggressive 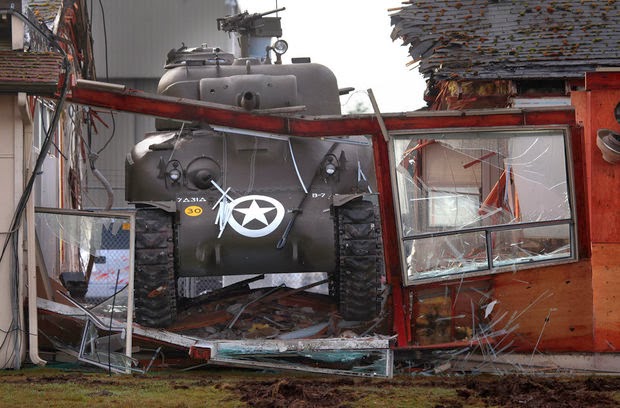 Posted by Lantry at 6:06 AM No comments: 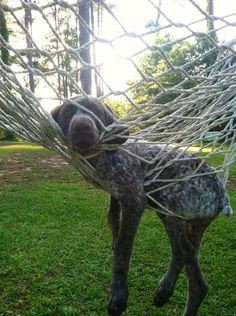 Posted by Lantry at 5:32 AM No comments: 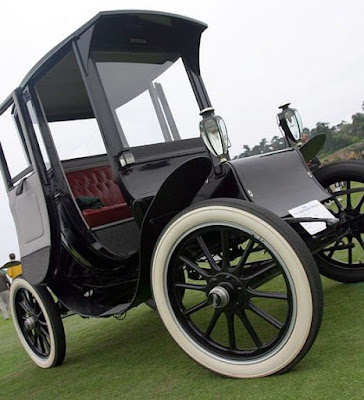 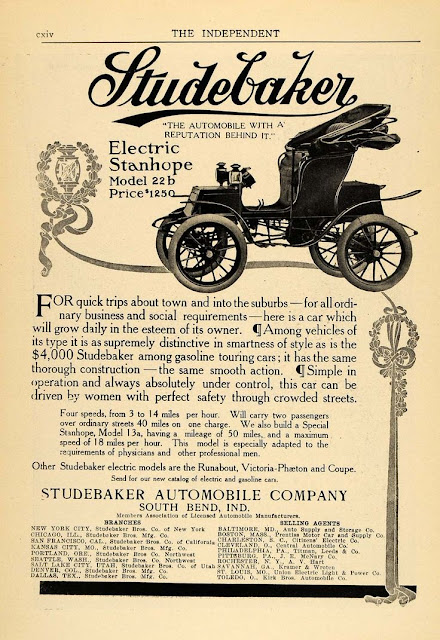 I almost got run over by one of these at a car show in Charlotte N.C. back in the 1970s.

I was standing in front of one car and here came a guy in an electric Studebaker.  He was also looking at cars.   He wasn't looking where he was going.   If I hadn't heard him run over a piece of gravel about 5 feet from me he would have run me down at all of 4 miles per hour.

Come to think of it, I've seen exactly as many electric Studebakers as I have seen these: 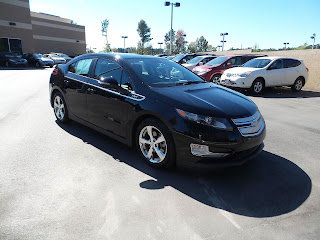 Posted by Lantry at 5:39 AM No comments: 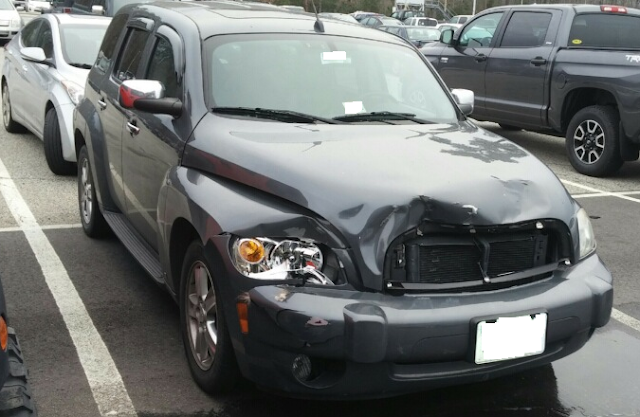 ...it was still cheaper than joining a hunting lease.
Posted by Lantry at 5:18 AM No comments:

Twenty-seven degrees here this morning.  Not particularly cold for most parts of the country but pretty cold for Florida.

I have always suspected that whoever came up with the notion that you lose most of your body heat through your head and wrists never took a dump in the woods on a cold day.
Posted by Lantry at 5:20 AM No comments: 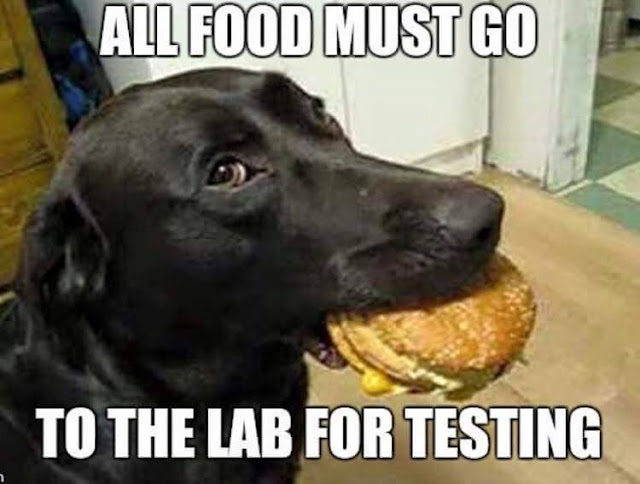 Made me miss my old buddy all over again.
Posted by Lantry at 7:05 PM No comments:

It Has A Rail and Everything! 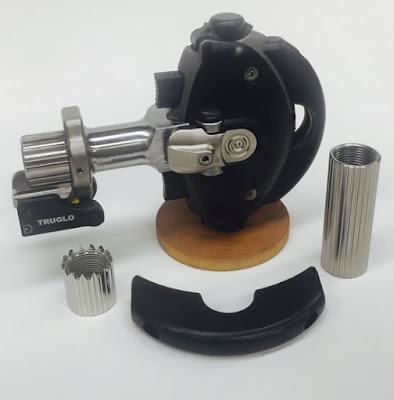 Seriously.  The Palm Pistol has a Picatinny Rail.   In some of the pictures it looks like there's provision for a second rail above the barrel.

What's better is it looks like they are getting closer to building them.


One shot of .38 Special doesn't sound like much but I suspect that the design's effectiveness will be enhanced by the same thing that makes the little .32 Seecamp far more effective than its dinky little cartridge should be.  Namely, the bad guy doesn't realize that thing in your hand is actually a gun until he's so close you can't  help but hit him where it does the most good.

There's an optional barrel extension and a gizmo ("strike bezel")  with teeth on it for taking divots out of bad guys when there's no time to reload too.

Arthritis or not, Grandma could kick some serious butt with one of these.

Posted by Lantry at 2:52 PM No comments: 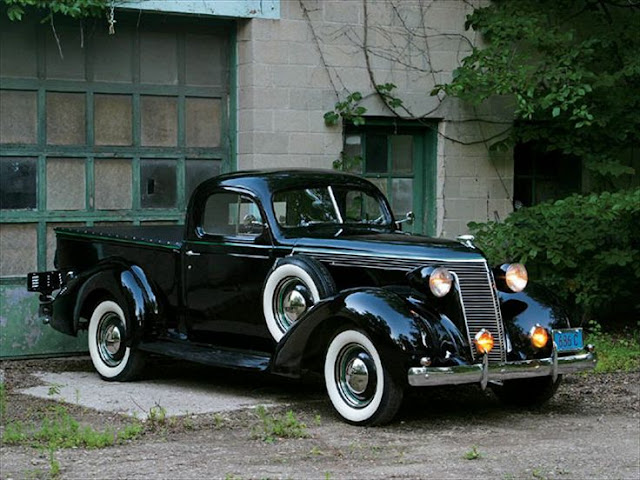 Posted by Lantry at 6:11 AM No comments: 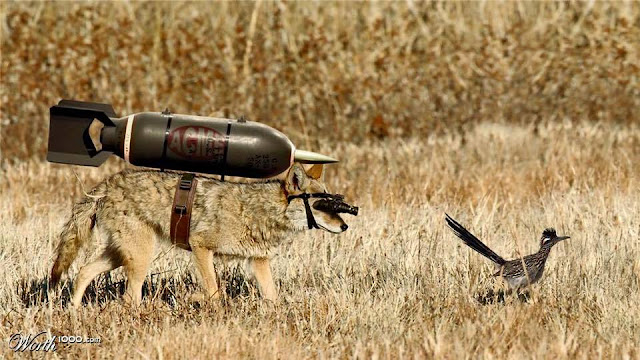 Hmmm.   Actually I think ol' Wiley would have a rocket strapped to his back, not a bomb but whatever.
Posted by Lantry at 10:16 AM 1 comment:

Plea to All Friends of Mike Vanderboegh 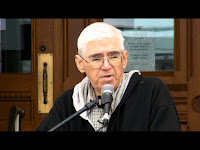 Per Mike, the doctors have told him he is not long of this world. As we all know, his financial situation due to years of disability and devotion to the larger issue of self-sacrifice for freedom is terrible.  He is doing what he can to get his affairs in order, but the reality is, his wife will be left in really bad shape.  I would like to help with a funding appeal.

I looked at various "crowdfunding" sites, but there are hoops to jump through and/or  a cut they take. For now at least, in order to get the ball rolling and hopefully growing as it does, I'm asking all of Mike's friends to spread the word and to send gratitude offerings directly to him:

Read the rest of it.  There's good info in it on how to contribute and make sure paypal doesn't take out a cut.
Posted by Lantry at 5:37 AM No comments:

One more bullet nose and the place would have reached critical mass for outright coolness. 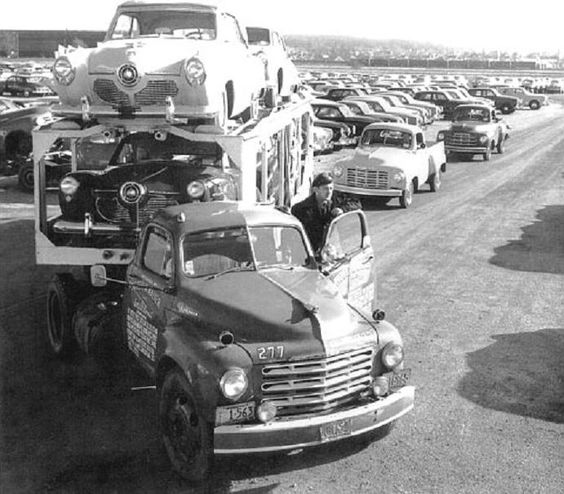 Posted by Lantry at 5:55 AM No comments: 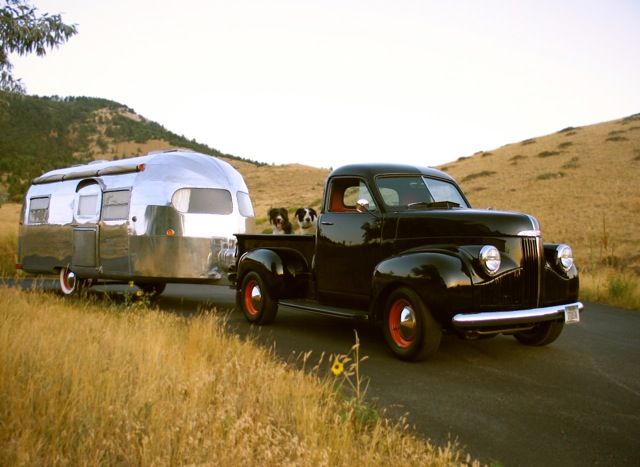 All it needs is a nice Fox Sterlingworth or a Parker and its ready to go.