It was Square and it was a Deal

Probably close to twenty years ago, I bought a Dillon Square Deal press. 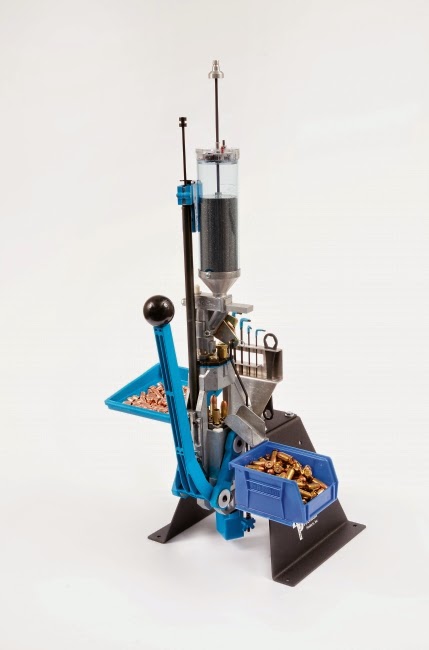 I had dies for 45 ACP, 9mm, .32 ACP and one other cartridge that I honestly can't remember.   Somehow, in moving my reloading stuff into storage several years ago and then back out of storage maybe three or four years ago, the 9mm and the forgotten die set got lost.

Not having the 9mm die was OK because I don't shoot much 9mm anyway but, now that my brother in law has a 9mm, I've been thinking that I ought to find the danged dies so I could load for him without it taking all day.

A couple of weeks ago, I got a call from my old buddy Dave.  He's the one that I call Mr. Haney because he's always looking for some kind of a way to turn a buck. 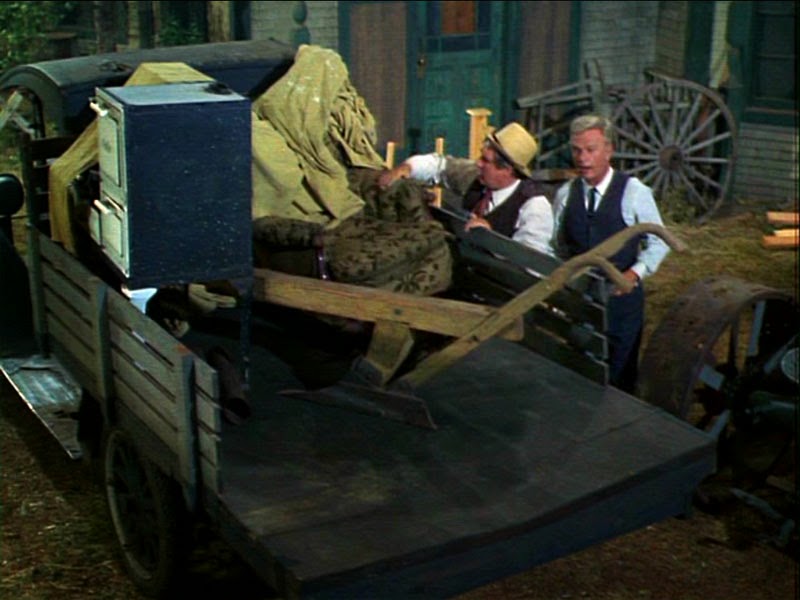 His plans usually involve tractors (guess where I got mine), guns, loading equipment or powder.   He doesn't need the money.  He just enjoys wheeling and dealing.

Hmmmmm.   $200 for a Square Deal press from Mr. Haney or $98.00 plus shipping from Dillon for just the 9mm quick change kit.   It takes maybe two minutes for me to take one press off the reloading bench and put another one in its place.  Even with the quick change kit I'd have to change the tool head, the shell plate and the primer feed.  That can easily take ten minutes.   In my mind, the superior utility of having a 2nd Square Deal already dedicated to 9mm offset most of the price difference between the used press and the new quick change kit.  Having a new toy to play with offset the rest so I bought the press.   Besides, I'm doing this so I can load for The Lovely Bride's brother so its not like I'm actually buying anything for myself.

My loading bench has several spaces with a uniform, three bolt pattern for mounting presses.  Whatever kind of press it is, it gets bolted to a piece of 2 x 6.  The 2 x 6 is cut to whatever length will put the press where it needs to be in relation to the edge of the bench and holes are bored to match the bolt pattern on the bench.  Blind nuts on the underside of the bench make mounting a press just a matter of putting three 5/16" bolts through the holes in the 2 x 6 and snugging them up.

I didn't feel like loading a bunch of ammo but a couple of days ago, I decided I'd go ahead and get the new-to-me press mounted to its 2 x 6 and then to the bench.  That didn't take long so I decided to adjust the dies to seat the bullets that I cast a couple of weeks ago.  That was easy so I got to looking at my powder shelf.  I had a partial can of 800X in there that had maybe a cup of powder in it and I had a partial tray of small pistol primers on the bench so I decided it wouldn't take much time to look up a recipe and set the powder measure.  A buddy had given me about ten gallons of range brass a few years ago and a lot of it was 9mm so I had plenty of brass.  I loaded the primers into the press and pretty soon I had the measure throwing the right charge.

Now I had two primed cases and one of them had powder in it too.  Might as well run them around the press so they'd be finished.

That was so effortless I decided I'd go ahead and use up the primers in the magazine so I wound up loading sixty-five of the little Europellets before the primers ran out. 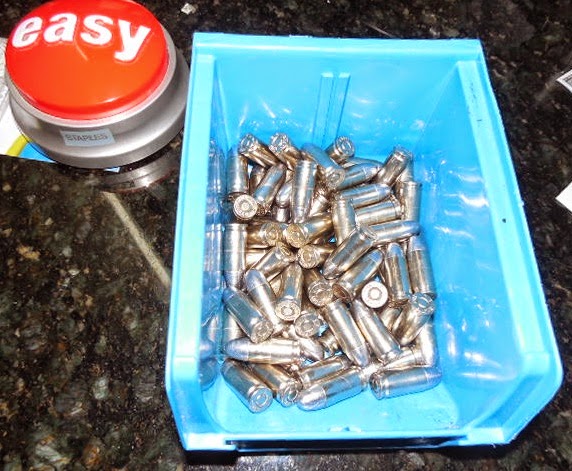 It all happened almost before I realized it.

They look better than the ones my old 9mm Square Deal dies used to load.  I always suspected that the sizing die in my old 9mm set might have been made for .380.  It sized the body of the 9mm cases a lot more than the new to me press/die does.  These look good and they all go through my 9mm cartridge gauge perfectly.  I think I got my money's worth; seein' as how its for the family and all.