I spent a good part of the weekend loading various kinds of ammo for a project that I had  wanted to start for a long time and then couldn't find my chronograph.  Spent the rest of the weekend looking for it and finally gave up and asked a friend if I could borrow his.  I sent him a text offering to pay postage both ways if I could borrow his for a couple of weeks and he declined saying that he wanted to buy me a new one instead.

Got home from work this afternoon and my new Shooting Chrony F1 was waiting for me in the kitchen. 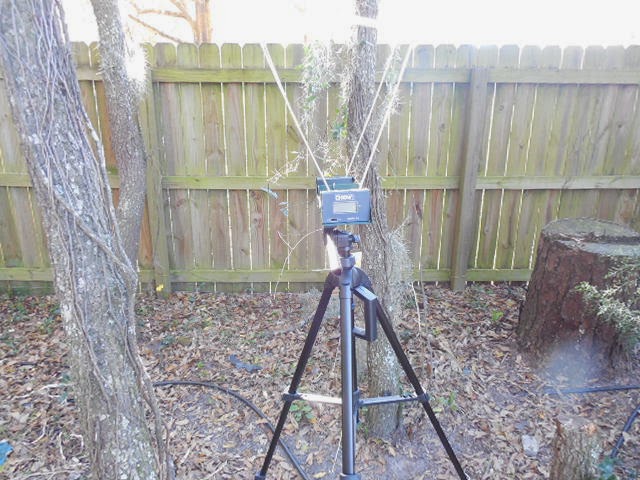 I got my original one way back when there was only one model.  This one's pretty much the same.  Its the basic model but the tall posts for the diffusers and the wide diffusers themselves are upgrades.   (The tripod is one I got on clearance at Gander a couple of years ago.  Couldn't find my chronograph then either so its just been sitting in the box waiting).

My original one had a nick in the case where it was clipped by a bullet and I know people who have actually shot their chronographs so I went to the local scrap yard yesterday and bought a fifty-six pound chunk of steel that's going to be set up in front of the chronograph to deflect any low shots.  I'll have to build it some legs this weekend but my shooting project is back on track.

I wrote to my friend to thank him for blessing me like this and he replied that it was God who had blessed me and he was just somebody who acted as a conduit.   God is Good!