A bad yoke on the transfer case delayed the Jeep's maiden voyage as my portable reloading bench.  The one on my $5.00 spare transfer case is also bad.  In this case, one is none and two is also none.

I did get the brother in law's  9mm cases reloaded.  Fifty with 125 grain lead bullets and fifty with 147 grain Gold Dots.  I wanted to use Vihtavuori 3N38 for the Gold Dots and it's not listed on any of the Little Dandy  rotor charts that I found so I wound up testing one rotor after another to see which would throw an appropriate charge.

With the Little Dandy, you have to take the whole rotor out of the measure and put a different one in to "adjust" the charge.  They may come with some kind of cap when they are new but I got mine second hand and they don't have any way to close off the top of the hopper.   That means that you have to pour the powder out of the measure and pour it back in when you change rotors.  Not a huge deal if your powder is on the chart so you have a place that's close to start with but a PITA if you don't.

I told The Lovely Bride that I wanted to get a rubber stopper or a cork  to fit the top of the measure the next time we went to the hardware store and she reached into a box of odds and ends, pulls something black out and says "would this work?"

What she had was one of those plastic flippy doors that you put on the ends of your scope to keep crud out.  It was a Butler Creek L11 for the ocular end of a scope.  It slid on kind of loose but tightened up nice and snug at about the last 1/4."  It snaps shut tight enough to hold the powder in the hopper so I can turn the measure over to change the rotor without having to dump out the powder first.  Leave it to her to find a better solution that didn't cost me anything. 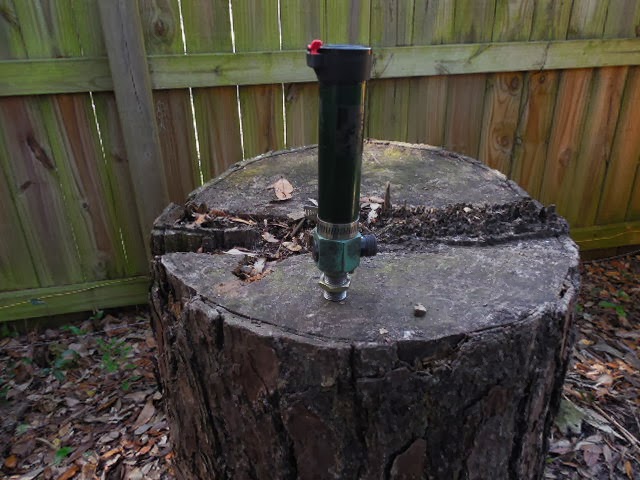 With the 9mm done, I loaded a few 250-3000 Savages and a few 25-35 Winchesters.  My particular 250 was built with a 1 in 14" twist barrel.  Sometimes those will stabilize pointy bullets and sometimes they won't.  Mine was key-holing 100 grain factory ammo so something shorter was needed.

I had a few boxes of 75 grain Barnes original X bullets so I loaded some of them to try.  Stabilization is a function of rpm and bullet length and rpm is determined by twist rate and velocity.  Despite being mono-metal hollow points, the little 75 rainers are considerably shorter than the 100 grain bullets that I had tried.  Being lighter, they will go faster too.   They ought to stabilize well enough.  If it won't shoot them, it will be for some other reason. 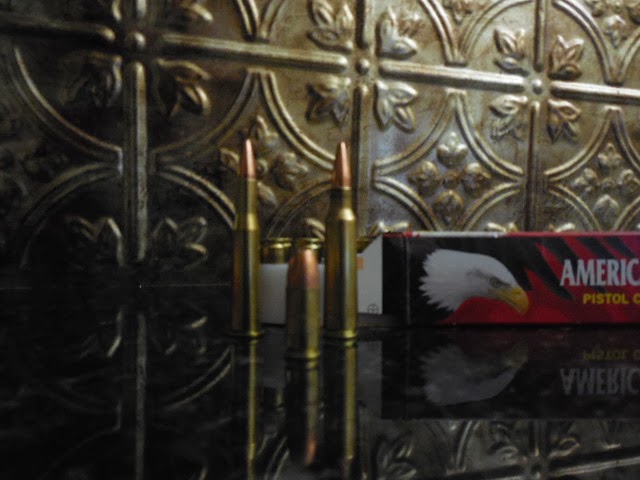 I loaded the same bullets in the 25-35 but for a different reason.  I really liked the way the 117 grain round nose bullets penetrated the pine logs we used as a our first  back stop but they shot so high I couldn't lower the sights enough to get it on the target I was shooting at.   The lighter, faster bullet ought to help with that.  If its not enough difference, I'll make a new, taller front sight blade but I want to try this before I start taking original parts off the barrel.

I do some reloading, but mostly just cranking out ammo for my old rifles. I don't worry much about fine tuning as long as I can hit a man sized target from 100 yards, which is as far as you can see here anyway.

I'll have to come by here though and pick your brain, I can always stand to learn more.

Well, there's not that much to pick so far but I appreciate your stopping by and leaving a comment. My plan is to do more loading and shooting so I should have more shooting and loading stuff starting in the next couple of weeks.

I know this is an older post but do you remember which rotor you used for the 147 grain bullets with 3N38? I'm buying a little dandy but there is no info for 3N38 on any chart as you mentioned. I'm trying for between 6.3 and 6.9 grains. I'll be trying your trick with the cap to change rotors without emptying the hopper. That's really helpful.

Brad, I don't have that info where I can get to it right now. When the house guest took over the back bedroom, a lot of stuff got piled in my reloading room and the data is buried in there somewhere. I suspect that a call to RCBS or Vit. would probably be worth making. I bet that one or both will have the answer. Best of luck.