A couple of months back, I took The Lovely Bride along to look at some foreclosed houses in Dunnellon and made a short side trip to The Robinson Ranch Trap and Skeet Club.  She liked the place and said she'd go shoot if we joined.

We finally made it back this morning.  Didn't shoot anything fancy.  Just my old hunting shotgun.  TLB has a 20 gauge Ithica.  Our guns definitely looked out of place lined up next to all the dedicated Trap guns that everybody else had.   I was using Vintager shells from Polywad and they did great.  Didn't beat me up like the cheap Wal Mart "Dove Season Special" shells I used the last time I was there. 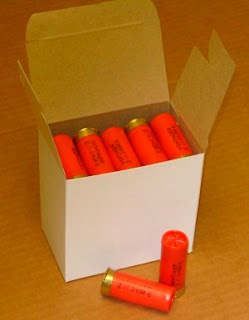 Besides having Trap, Skeet, 5 Stand and Crazy Quail, they have great people.  I'm no great shakes with a shotgun and TLB was brand new to the whole thing.  The head guy stood right behind us and coached us.  He'd tell us when we were raising our heads or aiming or doing anything else (and there was a lot else) that we were doing wrong.   I'd say it was like getting a shooting coach for five bucks per round of Trap but it wasn't like it.  That's what it was.

They have a bunch of members from the various retirement developments in the area.  Those folks are usually more than happy to offer advice or helpful hints too. 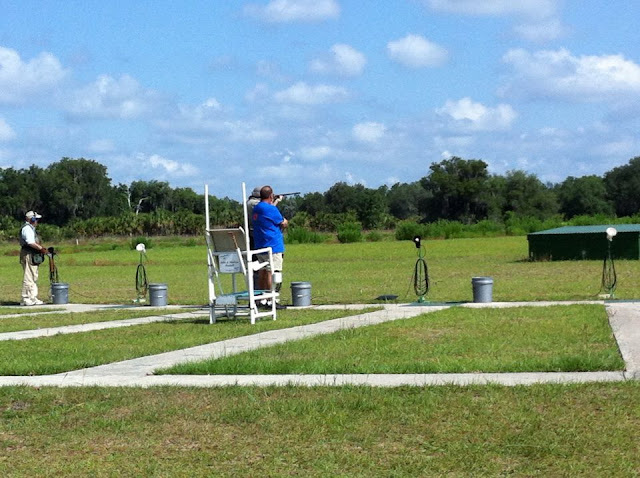 That's me about to fire with the coach right behind me.   Turns out I knew the fellow on the left.   He has a MEC 9000 with the hydraulic system to run it. 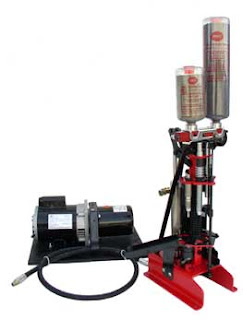 Step on a pedal and it loads a shell. 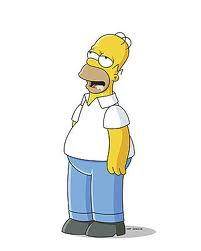 They had reclaimed lead shot for $28 per 25  pound bag so I bought one bag. 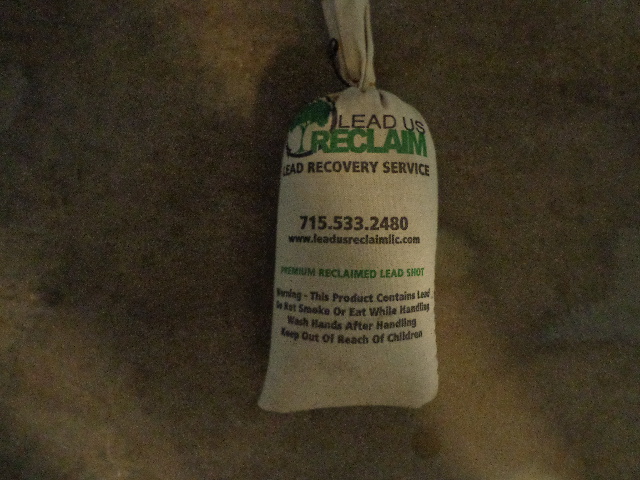 WARNING - This Bag of Lead Contains Lead.  Only someone in government would think that might not be obvious. 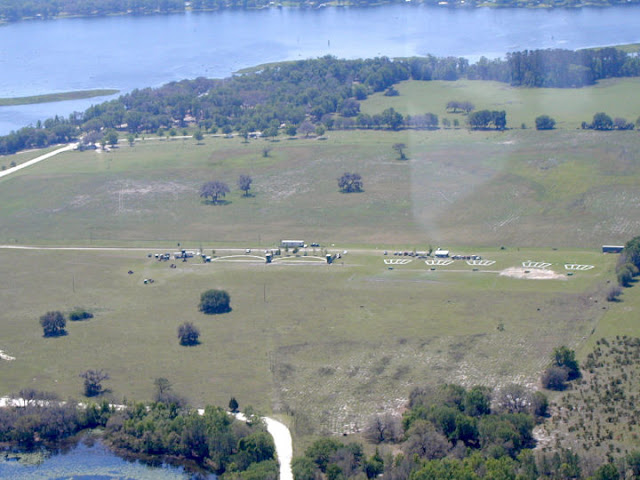 I suspect this picture is a little dated because there's more stuff there now but it'll give you an idea of what the place looks like.

TLB has just the slightest bruise on her shoulder and I have none.  Chalk that up to a combination of the Vintager shells and shooting a double gun.  I had no recoil to speak of.  I suspect I'll have to bolt the MEC Grabber back down on the bench and get busy.

Got home just in time to see Carroll O'Connor run over Kirk Douglas and his horse with a semi in some old Western set in the early 1950's.  Apparently he had done something to piss off Walter Matthau, George Kennedy and William Schallert because George Kennedy was shooting at him and William Schallert shot his horse after Carrol O'Connor ran it over.  Walter Matthau seemed to be in charge.   Then Rio Bravo came on.  Rio Bravo is a lot easier to understand.  That was a good enough excuse to put off changing my car's  water pump until the evening.
Posted by Lantry at 6:07 PM