Put the finishing touches on the Jeep and took her around the block for her maiden voyage after the major refit.

The vibration from nowhere is gone.  When I had the rear driveshaft redone, they found that the yoke was bad.  It was allowing the universal joint to slip from side to side maybe 1/32."   They built a new driveshaft from scratch and the vibration is gone.

The new steering shaft works great.  No more turning the wheel 1/8 of a turn before anything happens.  Its like the steering wheel is  actually connected now.

I managed to figure out where to set the transfer case shift levers to get it into low or high.  I'm not sure about four wheel drive yet.  The left front hub doesn't want to lock.  With one side locked and one side free, its hard to tell whether the wheel is turning the front driveshaft or the driveshaft is turning the wheel.   Probably just stuck in too much grease.  A little cleaning and regreasing and it should work fine.

It does appear that I  managed to damage the heater core when I moved the engine.  It leaks and it didn't leak before.  A dab of solder and a longer heater hose will make short work of it.

More significantly, the transmission wouldn't shift out of first.  I suppose the governor might be stuck or the plastic gear that turns it might be chewed up again.  It was too hot under there to check so that will have to wait until tomorrow afternoon.  If its the governor its no big deal. 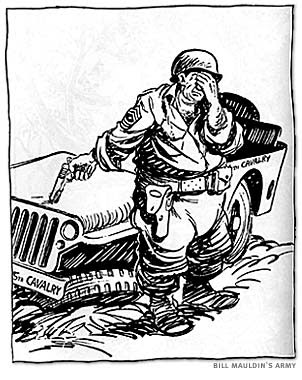 We're not to that point yet but I may decide to put the 4 speed back in it.  I have most of the hard-to-find parts and the new cross member should work with it.  In times past I got good at rebuilding the 4 speed.   The main things I hated about it were the "gate" for the shifter and the hydraulic clutch.  The gate was a sintered metal washer with a gap on one side.   Very prone to breakage.   If it breaks and lands in the wrong place, it will break teeth off your cluster gear.  Jeep didn't put any extra teeth on them so that can be a big problem.  The hydraulic clutch slave cylinder was too close to the exhaust and it would get fried on a pretty regular basis.  Between the lathe and the welder I can deal with that too.  Just more stuff to think about.